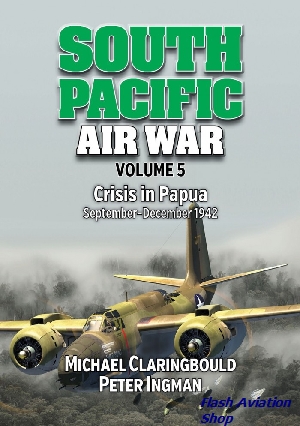 Description : hronicles aerial warfare primarily in the New Guinea theatre in the critical period between September and December 1942. It can be read alone or as a continuation of the previous four volumes which span the first nine months of the Pacific War.