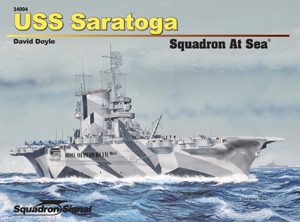 Description : When commissioned in 1927, Saratoga's decks teamed with fabric-covered biplanes, and the ship and her crew projected US military power far beyond the nation's shores. So impressive was Saratoga that she and her crew served as a backdrop for two major Hol

NOT In stock : delivery possible in 3-4 weeks